Deltour has contributed to various charities such as ALS, Alpe d’Huzes, Kika and other charities over the past few years. We do this because we like to support the efforts made by our friends, customers and suppliers in raising money for charity.

Deltour supports several charities, for instance Swimm City Amsterdam. As we are only a small company, we are unable to support everything, but should you feel connected and you want to support a good cause, then do not hesitate to ask us for a contribution. We like that and we feel that when things are going well for us, we should do something in return for our society.

These two Dutch charities can always count on our support:

Stichting De Regenboogboom
The Rainbow Tree Foundation (Stichting de Regenboogboom) helps children that face an illness, a trauma or a disability. Rainbow Tree Foundation helps these children in discovering that they can create an inner feeling of safety and freedom by themselves, whenever they feel the need to do so. This helps them to deal with their difficult circumstances in a more self-confident, tranquil way, and with lust for life. 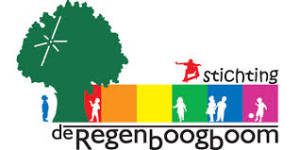 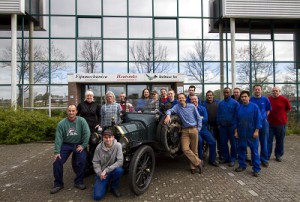 T-Ford World Tour is on the road for SOS Children’s Villages. In case this is possible, Deltour supports this charity by repairing car parts or by replicating entire car parts. Deltour’s precision manufacturing expertise is very useful as support in kind to the Model T Ford World Tour.